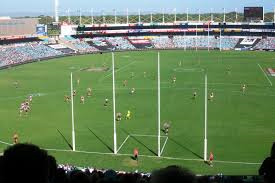 The Construction Industry is a competitive one. A large project can be a lot like a game of footy with teams consisting of managers, tradesmen and labourers competing and working together to achieve a common goal.

All games need rules and in games rules are monitored and enforced by umpires. In the construction Industry workplace law and standards outline the rules and it is the turn of the safety professional to play the role of umpires in monitoring and enforcing the laws and standards.

However, safety professionals have a different challenge to that of footy umpires as time and time again due to lack of effective communication at the commencement of the game (project) not every team (contractor) is aware of the rules (laws and standards) expected of them until the game has kicked off.

As a result time and time again, safety professionals are seen by contractors as nuisances that move the goalposts (change the rules) after the game (project) has started.

The culture in the construction industry must change so all teams (contractors) know where the goalposts (rules) are before the game (project) starts so safety professionals are not continually seen by contractors as unfair rule changers after the game has already started.