"Custodian Safety Services have a strong knowledge in construction. They are very easy to work with and have attention to.."

"Custodian Safety Services have a strong knowledge in construction. They are very easy to work with and have attention to.."

The Dig Deep Initiative Incorporated is a passionate non-profit association made up of members who work within the civil construction industry who have decided to set their sights on raising $1million for Beyond Blue to assist their ongoing provision of much-needed support services, programs, research, advocacy, and communication activities.

In order for the Dig Deep Event to achieve this mammoth task, they will need your help. This is a challenging time, but without us working together to support Beyond Blue so that they can continue to provide vitally important support services, these challenging times may just become insurmountable for those in real need. Keep digging keep talking.

The event takes place on 29th May 2022 at 324 Perry Road, Keysborough. Event exhibitors, sponsors and donators are welcome and can find out more information on how to get involved by clicking here.

For more information on Beyond Blue and what they strive to achieve see below:

Anxiety, depression and suicide affect millions of people around Australia, impacting how they connect with family and friends, thrive at work, and live productive and meaningful lives.

Beyond Blue helps people in Australia understand that these feelings can change, equipping them with the skills they need to look after their own mental health and wellbeing, and to create confidence in their ability to support those around them.

Beyond Blue’s vision is simple: for everyone in Australia to achieve their best possible mental health.

Every donation helps Beyond Blue: 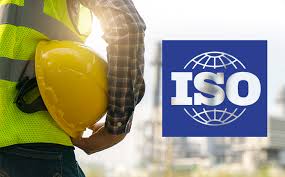 After the much anticipated wait the ISO 45001 Occupational Health & Safety management standard has been published by the International Standards Organisation and adopted by the Australian and New Zealand standard body.

We are seeing businesses across a range of industries here in Australia start to transition there OHS management systems to the ISO 45001 management system standard with a view to the eventual migration from AS/NZS 4801 to ISO 45001.

There are a lot of new changes to how a company manages there OHS in accordance with the ISO 45001 standard but for practicality I have detailed some of the key new aspects below.

The ease of which ISO 45001 can be integrated into any existing certified Quality or Environmental management systems and associated costs savings in both internal staff and consultant time add a lot of weight to the pro ISO 4500 migration argument. When you also consider the fact that AS/NZS 4801 is likely to be discontinued in the future the argument for migrating to ISO 45001 is further supported. 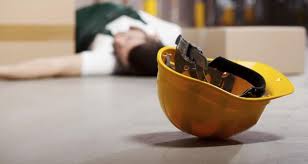 The below link will bring you to a numerical chart with industry breakdown:

http://www.safeworkaustralia.gov.au/sites/swa/statistics/work-related-fatalities/pages/worker-fatalities
Some notable industry trends are listed below:

The Australian Red Cross Blood Service are running a campaign aimed at small businesses and company’s to help meet the constant demand for blood donations.

The campaign is called RED25 and Custodian Safety Services have proudly registered to become one of the many Australian businesses encouraging clients, friends and family to donate blood and share in the feel good emotions that saving lives through blood donation gives.

Donating blood is obviously at the discretion of the individual donor but take it from my own personal experience that it feels good to give back to the very community that has helped Custodian Safety Service become a vibrant and growing OHS Consultancy. Maybe you may feel the same?

For information on how to register in Custodian Safety Services RED25 group or on how to become a blood donor contact Cathal on the details listed in this website or visit https://www.donateblood.com.au/red25/join-group and follow the on screen instructions.

The Safety Institute of Australia has been busy developing a book they call The OHS Body of Knowledge (BOK) in recent years. In early 2015 the final chapters of the book were released.

What is the ‘BOK’

The OHS Body of Knowledge is the collective knowledge that should be shared by Australian generalist OHS professionals to provide a sound basis for understanding the causation and control of work related fatality, injury, disease and ill health (FIDI). This knowledge can be described in terms of its key concepts and language, its core theories and related empirical evidence, and the application of these to facilitate a safe and healthy workplace.

Importantly, the OHS Body of Knowledge is neither a textbook nor a curriculum; rather it describes the key concepts, core theories and related evidence that should be shared by Australian generalist OHS professionals. This knowledge will be gained through a combination of education and experience.

This article was taken directly from the OHSBOK website www.ohsbok.org.au 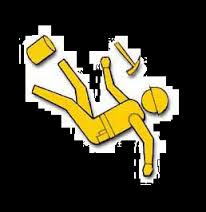 28% of 2014 workplace fatalities have came in transport, postal & warehousing, 24% in Agriculture, Forestry & Fishing and 14% in Construction.

In light of these statistics a number of industries have been identified as a priority for health and safety by Safe Work Australia.

The areas identified are:

If we are to create safer workplaces for Australian workers it is vitally important that business owners. Directors and managers take responsibility for taking steps to improve the health and safety of employees at their workplaces.

In Action! Cathal Uniacke, Founder of Custodian Safety Services speaking at a free information seminar on why smart businesses invest in Occupational Health and Safety Services in Northbridge, Perth.

Custodian Safety Services have recently done a number of presentations on why smart businesses invest in Occupational Health and Safety (OHS), the type of OHS consulting services we have provided to date and how we can make life easier for small to medium enterprises with regards to their OHS management and obligations.

In May we presented to a full house at the Business Network International (BNI) networking session in the Keysborough Golf Club, Keysborough and in June we completed our recent blitz of presentations when we held a free OHS information seminar in Rosie O’Grady’s, Northbridge, Perth.

“The presentations went really well and a number of solid leads have been generated so hopefully we can start to assist more and more SME’s with OHS management difficulties they may be experiencing.” Said Cathal, commenting on the recent presentations. 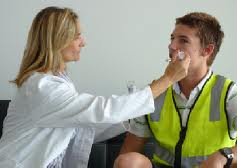 On 6 February 2014 the Victorian Premier, Denis Napthine, announced the intention to

“…require construction companies to implement comprehensive drug and alcohol screening measures to ensure the safety of workers to be eligible to tender for Victorian Government construction contracts.”

The Coalition Government in Victoria will introduce amendments to the Implementation Guidelines to the Victorian Code of Practice for the Building and Construction Industry, and the revised guidelines are expected to be in place by mid-2014.

The CFMEU’s Victorian Secretary John Setka has stated that

“There is no epidemic of drug taking on construction sites…. Our Health and Safety representatives who look out for workers’ health and safety are not reporting a problem.”

CFMEU occupational health and safety manager, Gerry Ayers, also said that there is no evidence of accidents on building sites due to rampant drug use

Master Builders Association of Victoria CEO, Radley de Silva, welcomed the announcement and said anyone interested in the safety of construction workers should back the policy.

“Ordinary drivers on our roads are randomly drug tested, so why those working on dangerous construction sites among heavy machinery shouldn’t also be tested?” de Silva said.

“Drug testing has already happened on the Thiess M80 Ring Road project, despite the objections of the CFMEU and is occurring in the civil construction, aviation and transport industries to name only a few.

“The construction industry is not being singled out, it is simply following what is justifiably already the norm in many other high risk industries.” said De Silva.

The on-site screening for drugs and alcohol in the construction Industry has been a hot topic for government, employers and unions in recent years.

In light of the most recent statements by the Victorian Premier the CFMEU secretary and the Master Builders CEO the ‘political football’ surrounding the topic looks set to continue past the revised guideline date of mid 2014.

Custodian Safety Services have been invited to submit an article on Occupational Health and Safety and how it is being adopted and viewed by businesses and employees in the Australian waste and recycling industry for the popular bi monthly free Sustainability Matters magazine.

Cathal Uniacke, Principle Consultant at Custodian Safety Services and writer of the magazine article stated; “The Australian Waste and Recycling industry has experienced rapid growth in recent years and this growth looks set to continue, however, OHS standards surrounding the day to day operations of businesses in the industry have a long way to go to catch up to its cousin the construction industry. I wanted to write a hard hitting and brutally honest article in the hope some businesses and their employees in the industry will realise they have to pull up their socks and address the management and attitude towards OHS across the board”

The Article will appear in the February/March edition of the magazine.

Custodian Safety Services have been asked by Fred Rae, the editor of the popular Western Australian Irish Scene magazine, to take part in an interview on how our services can benefit businesses in Western Australia.

“Being a proud Irish man, that has always taken an extra little bit of satisfaction in assisting fellow Irish expats who also emigrated to Australia and took the initiative of setting up a business in the hope of creating their own crock of gold, I jumped at the chance to offer up some free Occupational Health and Safety advice and information for businesses in Western Australia’s Irish Scene magazine.” Said Cathal Uniacke, Principal Consultant at Custodian Safety Services.

The interview will appear in the March/April edition of the magazine. 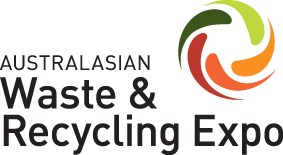 On the 19th & 20th of November 2013 Custodian Safety Services exhibited at the Australasian Waste & recycling expo in the Melbourne Convention Centre.

“We felt that with the rapid growth increase in the waste and recycling Industry experienced in Australia over the past couple of years and the prediction of that growth trend to continue there is a definite need to ensure businesses centred around this industry have access to relevant and up to date Occupational Health and Safety (OHS) Advice that will assist their business in the management of their OHS. This year we really focused on bringing information on the responsibilities and obligations business owners and managers have under state laws and regulations to as many businesses as possible” said Cathal Uniacke, Principle Consultant at Custodian Safety Services.

To date, the exhibition has been a huge success for Custodian Safety Services as the business has picked up several new clients with regards to the provision of OHS services and ongoing OHS support and is currently in negotiations with several others.

Custodian Safety Services look forward to providing OHS related services and support to our new and existing clients in the years ahead and are proud to be a business in a position to make a positive difference to businesses and employees involved in the waste and recycling industry. 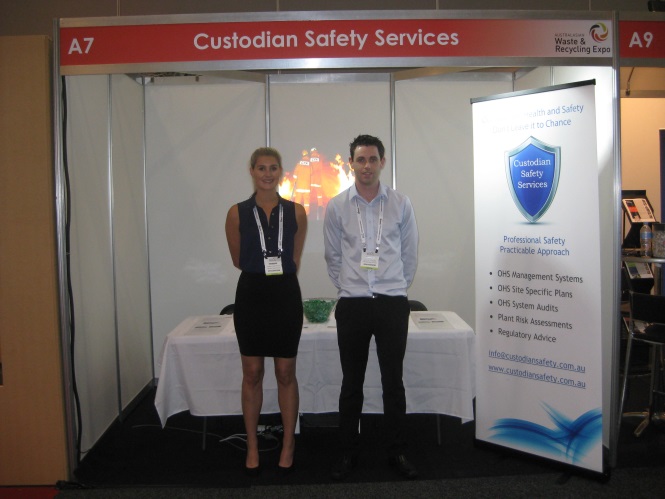